Tech Giants Are in on AR 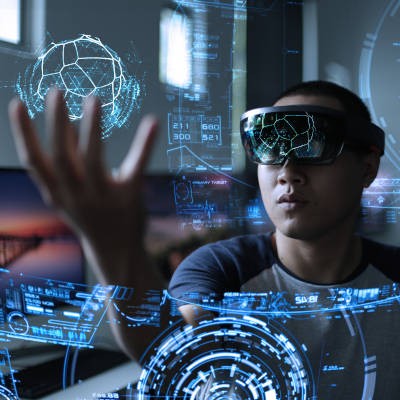 Augmented reality has been one of the most cited emerging technologies for the past few years. It was the technology that was supposed to fuel Google Glass, the failed attempt at creating a pair of revolutionary smart glasses. Since then, there hasn’t been much press about AR in the mainstream media and not much is known about major tech companies’ attempts to improve AR technology.

What is Augmented Reality?

Augmented reality is an interactive experience where the resources of the smartphone coupled with AR software produce objects over the display of a device. Examples include the first down line they superimpose on a football broadcast, the filters that many messaging apps have integrated, and the immensely popular mobile game Pokemon Go.

Of course, these mostly are novelty uses, but businesses have made big efforts to incorporate AR technology into their marketing efforts over the past few years. IKEA famously uses AR technology in their IKEA Place app. It allows people to forecast what a room in their house would look like if they purchased a piece of furniture.

This platform is allowing more developers than ever to integrate real time information into their applications for the user’s benefit. This has resulted in record growth for the technology in 2019, and that is only scratching the surface.

Google is not the only company that is all in on AR. Apple, Amazon, Microsoft, and Facebook are also making serious commitments to the technology. This is leading to a major boost in application development.

In the future, AR-fueled applications will be used in dozens of industries for hundreds of purposes. In fact, more than 100 million users have already used AR-enabled shopping applications. You will have to expect that as 5G wireless technology gets rolled out that number will be dwarfed by the number that will over the next few years.

More posts from author
Wednesday, April 01 2020 Tip of the Week: New Uses for an Old Mobile Device
Monday, March 30 2020 Backup Delivers Peace of Mind in Times of Crisis
Sunday, March 29 2020 Is a NAS Right for Your Office?

Tip of the Week: New Uses for an Old Mobile Device
Once a mobile device outlives its presumed usefulness, the default assumption is that there is nothing left to do but dispose of it. However, before you do so, reconsider. There may be other ways that your device could show its utility. For today’s tip, we’ll review a few wa...
Read More